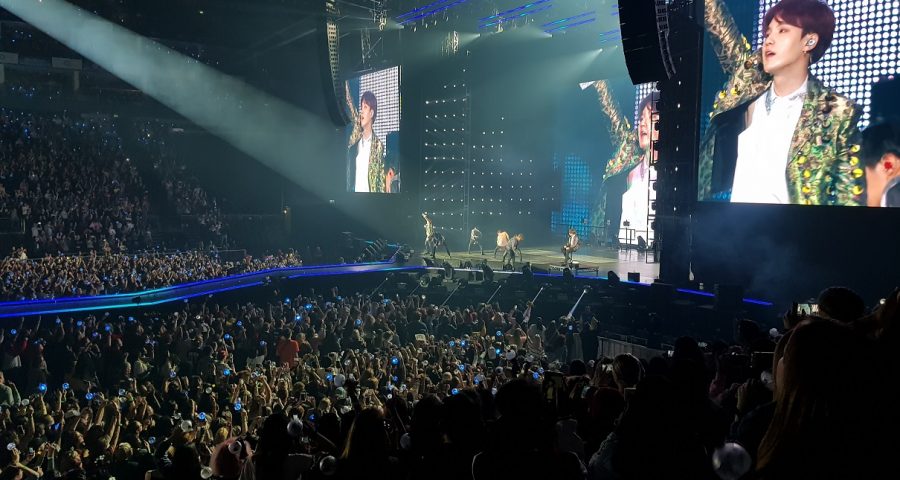 The time of year has rolled around where people start making lists of things and so therefore it is my civic duty to create one too. In this article please enjoy below what I thought were the best kpop songs of 2018.

I am pretty sure I am missing a few songs but it was hard enough to whittle it down to 21 tracks in which I rank the top 10 and you get a bonus list of links of some honorable mentions. All of the songs I link have their own unique fun and are great, please enjoy the bonus 11 found below.

This song came out later than quite a few and I am honestly not sure why I like this so much but it is incredibly infectious with how cutesy it is. It reminds me a lot of the Red Velvet song Russian Roulette in the video style and while these ladies are not on par with Red Velvet this is a very strong song from them. The chorus is way too infectious. I look forward to seeing what else Fromis_9 has in 2019.

Yes this is not quite kpop but is instead krap I will still list this song here. Drunken Tiger is to Korea what Wu-Tang is to east coast hip hop in that they are true original kings in the game. On the last album that Drunken Tiger will make comes this absolute banger that even RZA would be jealous of and Tiger JK produces a lyrical flow that is top tier. If anyone is interested in K-rap they need to start with Drunken Tiger and Tiger JK (and his many side units).

EXID are back! Yes, I know that EXID have released quite a few songs this year but this is the one that has stuck with me most prominently as it reminds me a lot of the older EXID when they got very big. Everyone hits their notes and its awesome to not only see that Solji is finally back and not pulling any punches, but her lengthy hiatus has also strengthened Hyelin who I always thought was weak in the vocal department in the group. EXID should be a force to be reckoned with in the future and this song is a statement for other groups to watch out.

Look at these boys, look at them all have such fun and they sure deserved it. With an extremely colourful video and super fun beat that makes you want to move around BTS firmly cements that they are kings of the kpop boyband scene currently and they know they are. I wasn’t sure how the heck they could have topped their 2017 and I was very wrong as 2018 showed that not only are BTS megastars in South Korea, they are megastars around the whole world. Like come on, this video has giant CG versions of themselves, these boys are the best.

Moving from the kings of kpop to the Queen is only fitting as the next song is this very dancey song from BoA. This super infectious seemingly simple song came out late February this year and I have not been able to forget about it. I very much enjoy the mid 2000s sound to it as well as the very fun choreography/chorus.

The year Winner has had for me has been extremely sub par, I honestly was very worried I overhyped them in my list last year as Everyday was not to my liking in the summer and then the boys released this song. This extremely cute song is super fun and I just cannot help to sing the chorus or shout “Oh Yeah Yeah Yeah Yeah”. Well done Winner for putting this last minute song out as it was worth the wait.

IU strikes again. With a slowed down song which doesn’t entirely showcase off her vocal capabilities but rather her superb storytelling means a super cute extremely well packaged song occurs. This song largely reminds  me of a more vocally superior Kisum I loved this fun little song which addresses her fans and stalkers alike.

3. What is Love by TWICE

What a monster song by TWICE. Hitting their cute side personas they showcase their great recording vocals and magnificent video design by recreating great love scene moments in popular movies (acted by themselves). It was very silly and funny to see all of the scenes and trying to place each one. TWICE continue to be a top tier group and had a great 2018 with Yes or Yes and the Jackson 5 cover I want you Back. Lets hope that their live performances have improved.

Nope, I am not done with these boys. Yes I know this is the fourth song from this group in my top 21 and Fake Love is not even one of them, which goes to show why I very much enjoyed their Tear album over most of their latest albums. Tear may be their outro song but harkens back to their roots by consisting simply of the rap line (my favourite three of BTS) creating a very emotional laden song to end the album. This song stands out personally by a wide margin to all the other songs they released this year and I absolutely love it every time I hear it.

Before I write anything I just want to applaud these ladies for the year they had because holy shit if you didn’t know or respect Mamamoo before 2018 you sure as hell do now. Starting the year with Paint me right at the beginning was the announcement they would release 4 EPs titled 4 seasons throughout the year as a project to highlight that these girls can be top tier in all genres and styles of kpop along with singles that would highlight each vocalist meant these ladies put out so many great tracks.

The main track that caught me the most was Egotistic, an acoustic guitar focused spanish themed song that is all kinds of sexy that the girls don’t usually do and they absolutely kill it. From lead performances of all four ladies the song is bopping, sexy as hell and incredibly catchy, the video even has Hwasa accentuating the hell out of them thighs and Solar even poledancing! I am so glad I was able to enjoy every fun song of theirs. Thankyou ladies for a stellar 2018.